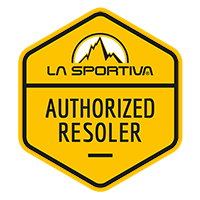 You don't even need any special packaging, just send us the worn out pair and we'll get started as soon as we get them

After you get them back, all that's left to do is going out and testing them as they will feel brand new

Once in a while brush the bottoms with coarse sandpaper or gently use a wire brush from toe to heel, brushing just enough to restore the black color. Try not to remove any rubber

Replacement of the front half of the sole with a new one, maintaining the original shape

Replacement of the full sole with a new one, maintaining the original shape

Replacement of the front half of the sole with a new one, maintaining the original shape

Replacement of the full sole with a new one, maintaining the original shape

Clean them before stepping onto rock. This increases friction and hence your chance of success and also decreases wear. Don't walk far in them.

Read More
How Do We Do It?
Removal of the old sole

The old sole can be removed in two ways: in case of a half sole, removal will be done with the help of a machine that scrapes the sole, and in case of a full sole it will be done with the help of heat which reactivates the glue, and afterwards separates the sole so it can be copied and the original shape could be maintained. Now the shoe needs to be cleaned and every trace of the old sole must be removed.

The chemicals used in the best laboratories should obviously not harm the environment and require careful storage and disposal. The shoe now needs to rest and dry: it's almost ready for the new sole. The new sole, cut perfectly to size, is fixed with at least two loads of glue that are applied with at least a one hour break between one hand and the next. If needed, some rubber will be added to cover the holes in the rand.

The placement at first is done manually. The glue needs to be "activated" in ovens at 80° (the process is similar to the one done previously to remove the sole) and this heat treatment guarantees a perfect bond between the shoe and the sole.

Placing it under the press

Once the sole has been glued on the shoe is placed into a hydraulic press, so that the glue can adhere better. The shoe now needs to cool and rest to settle down for at least 10 hours before finishing. Otherwise the process is interrupted and the finishing won't be of high precision.

Although I didn't expect much from a resoled pair of climbing shoes, they really exceeded my expectations

Cosmin Atomei
Who Are We?

We are a team of professionals with great focus on quality. And because we too are climbers, we know how a climbing shoe should look at the end.

We offer a repair warranty of 30 days

How Can We Help You?
Send A Message